Back in Black (and white)

What can you buy for £3.95 nowadays? Eight pints of milk? Half a paperback? A two meter plank of decking board?

What you want is the July Issue of Artists and Illustrators Magazine (out now) - with a four page feature on how to use gouache/pencils by yours truly. 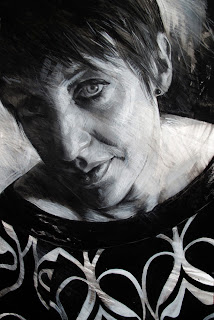 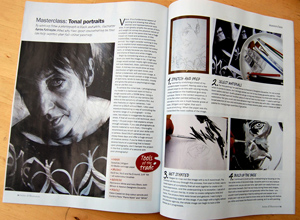 It gives me great pleasure to announce that my most recent project with Penguin Classics has come to fruition. This series of five paintings, now graces the covers of republished novels by the cult author Chester Himes, and (I hope) reflects the gritty, bloody, pulp noir fiction contained there within! Follow this link to see them fully titled on the Penguin website. I'll put up the images over the next couple of posts. Here are a couple of my faves....


The paintings are produced in gouache/coloured pencils. I think they're going to be printed in a metallic grey - but I've not actually seen a copy yet. By the by... if any further recommendation were needed - I read the books and thought they were utterly brilliant. If you're a fan of Chandler, George Pelecanos, James Ellroy or Elmore Leonard grab yourself a copy. If not - grab yourself a copy.
Posted by Robinson at 4:32 PM No comments:

Just about to start a portrait  - so expect a meaty post soon. Meanwhile - more random images from sketchbooks. Never know what I'm about to draw - just embrace the randomness as lines begin to form. Your guess is as good as mine..... 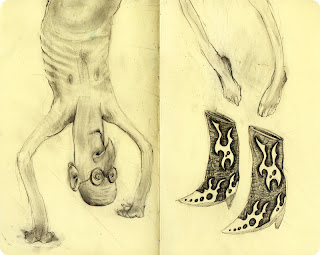 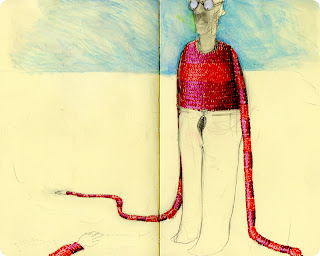 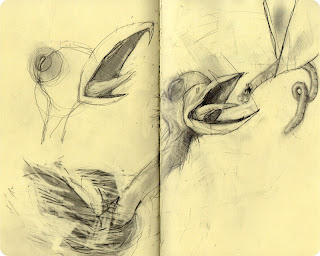 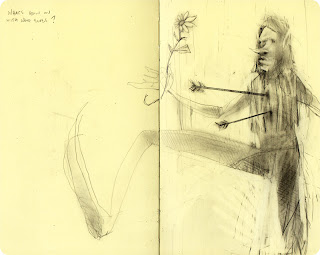 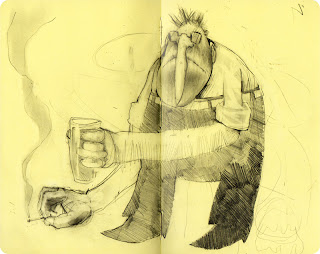 Bought an A5 Ebony pad to play around with. Started to churn out these little grotesques in conté. 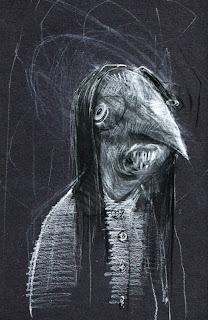 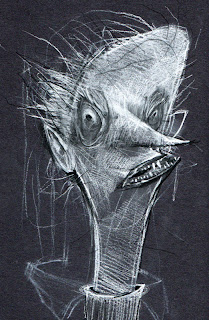 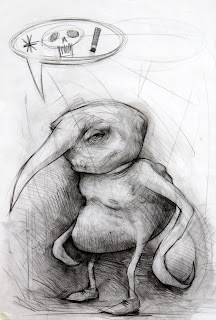 Long and pointy noses are obviously very much my bag at the moment. Rhinologists feel free to comment.
Posted by Robinson at 2:24 PM 1 comment: 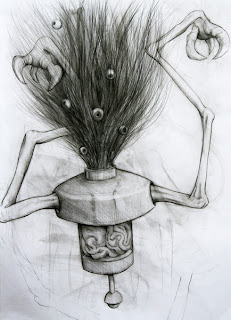 This started life as a random doodle. There's a cool Gnomon DVD by Carlos Huante that starts with a drawing teased from the ether. He uses a technique with Black Col-Erase pencils and some kind of solvent. Inspired - I used marker paper and surgical spirits to wipe the image down - and that worked pretty well.

I began by laying down gestural marks, and went with whatever started to emerge from the scribbly fuddle. I'm always curious about the images that arrive when one starts with nothing particularly in mind. As a kid, I used to pour through a collection of Amazing Stories covers - and this image comes straight from that 1950's Sci-Fi aesthetic. Funny thing the human brain. As well as being full of shopping lists, curry recipes and nursery rhymes in slow motion, I must have these bloody things wandering around in there.
Posted by Robinson at 7:10 PM No comments: 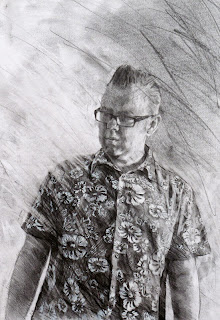 It's been a wee while since my last post. But - I've been really busy, and have a whole bunch of images to upload. (Also - have sworn off computer games for a while after coming close to embedding my controller inside a TV set during a particularly frustrating session.)

(And yes, you're right - I'm too old for such petulant and furious game related rhubarbs).

Images will probably revolve around a big project with Penguin books just coming to a close, which means as soon as they go to press I can reveal all.

Until then, I'll put anything recent of note. For starters, there's a self-portrait published as part of a masterclass in Artists and Illustrators Magazine a few months back. Graphite and gouache. You'll have to provide your own dartboard and darts. A fiver says you can't hit my chubby little nose from the oche.
Posted by Robinson at 6:11 PM 2 comments: 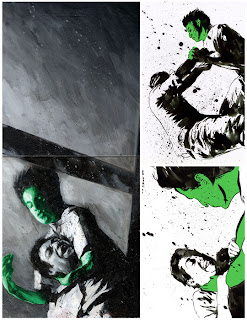 Busy trying to hammer a wooden stake into the heart of my MA. Every time I think the deed is done - red eyes flick open and the screaming starts again.

With just a presentation to go - The MA Exposition is now up and y'all can go see it (even if it's to spend an idle five, sheltering from the shared joke we British like to call 'summer'). Having said that - I did notice the roof was leaking - so keep your brolly handy. 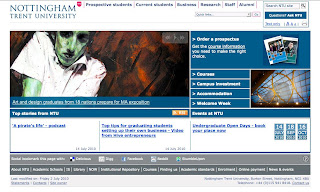 What can't you sell with zombies?

Posted by Robinson at 4:29 PM No comments: 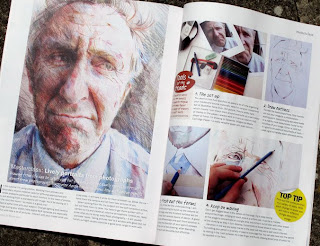 Just managed to squeeze this article in for Artists and Illustrators Magazine before my second daughter Violet decided enough was enough and hit the missus with a whole bunch of bad-ass contractions in a successful bid for a brand new life ex utero. Considering how much Violet has cried about it since, she obviously regrets the whole affair - but she's out now and my wife assures me it's a one way ticket. So that's that.

The magazine is on the stands now!!! and the article is a solid four pages of 'how to...', or rather 'how I...' use coloured pencils. Sooooo - if that's something of interest and you have a £3.75 troubling the bottom of your pockets you know what to do! I recommend you pick up a copy some time anyway - as the magazine has recently relaunched and now features a pretty robust collection of practical guides and insights (and doesn't fall into the trap of being too twee).